In addition to backing up Google Docs, CloudPull 1.2 backs up Google Calendar. CloudPull stores Calendar backups as iCalendar (.ics) files. These iCalendar files can be easily imported into most calendaring apps, including iCal. Google Calendar backups and Google Docs backups occur on the same hourly (by default) schedule. Calendars can be restored by dragging and dropping backups to the Finder, or by opening backups directly from within CloudPull. CloudPull maintains backups of prior revisions of calendars and deleted calendars, just as it does with docs. 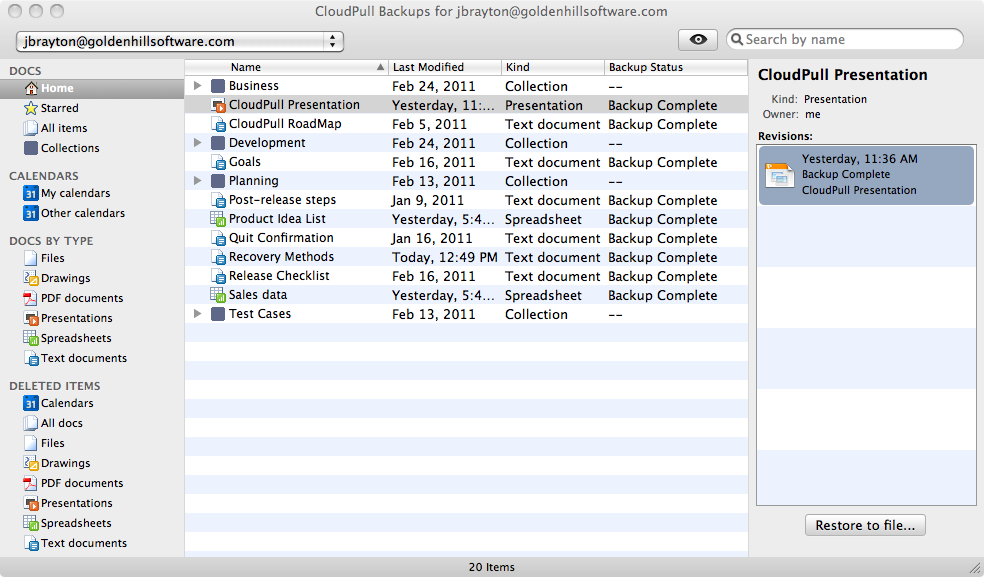 When launched, CloudPull now uses the time of the last completed backup to determine when the next backup should occur, instead of always performing a new backup immediately.

CloudPull 1.2 also allows you to set how long to keep backups of deleted items and outdated revisions. The options are: for 30 days, for 90 days, for 1 year, and indefinitely. The default setting is for 90 days. 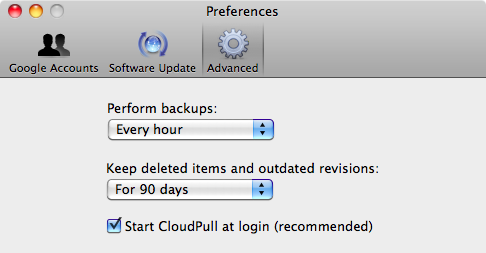