Prior versions of CloudPull wrote postal addresses as blocks of text in the "Note" area of the contact file. For example: 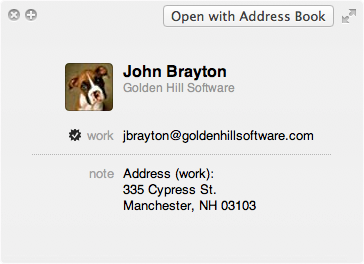 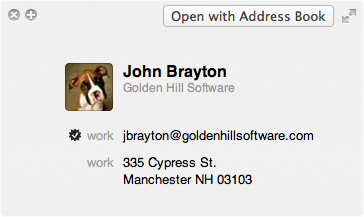 I want to thank the Google Contacts API team for the work they did to make this improvement possible.

During your first backup after updating to CloudPull 1.5.1, CloudPull will create a new revision of each contact that has a postal address. This will allow backups of your existing contacts to reflect this improvement.